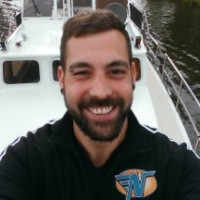 Ferry Kobus, 33 years old, has a passion for writing reusable code. Doing things twice isn’t really his style, so he automates boring tasks with bash scripts or terminal tweaks. He lives with his girlfriend in Arnhem with their two pets.

While he started as a backend developer he now switches sides from time to time. Working for almost 10 years as developer for different companies in the automotive industry, he now settled at Justlease as Teamcoach Development. Friends call him a man with a plan, or even better, a man with many little plans. He’s currently rebuilding Justlease’s website from an old Wordpress themed site to a React application driven by a headless CMS API. As a fan of devops he tries to eliminate all manual actions the team has to perform.

He has a passion for cars. In his free time he takes his dog for a walk and plays games on PS4.

Session / workshop
Building a component based library with React