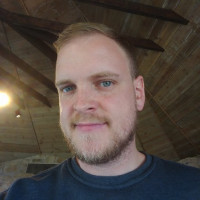 Chiel Kunkels is a 28-year-old guy from Holland. He enjoys making digital stuff, which he currently does for Lifely in Amsterdam. Since he has a bad case of wanderlust he has previously lived in places such as Stockholm, London and Saudi-Arabia.

He worked for companies like Travelbird, Spotify and Beamly. Most people would classify him as a frontend developer, but he is actually quite all-round. Leveraging knowledge of both the light and dark side enables him to come up with quality software architecture and write great code.