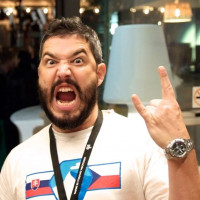 Ruben Teijeiro started contributing to Drupal 8 core a few years ago and, since then, he developed front-end and back-end super powers that helped him to achieve major goals.

He has collaborated in relevant projects with companies like Telefonica and Unicef in Spain, Ericsson and Tieto in Sweden. Currently, he spends his time in Conil (Spain) working for 1x Internet running Youpal, his Digital Agency; contributing to the Community; mentoring other DrupalHeroes and speaking about Drupal around Europe. You probably have met him already, if not you should. Follow his project @Drupal_Heroes to stay tuned and find out the latest info and news about Drupal.